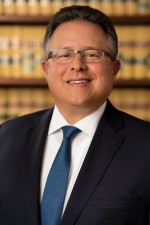 Mr. Rodríguez established his Law Offices in January, 1991 to practice tax, corporate, contracts, civil, and commercial law. Mr. Rodríguez is admitted to the practice of law in the Commonwealth and Federal District Court of Puerto Rico with 34 years of experience in the practice of Corporate and Tax Law. He has a BBA and a JD with high honors from the University of Puerto Rico and an LLM degree in taxation from the New York University School of Law.

Orlando regularly attends the Graduate Tax Workshop at NYU School of Law, an event where tax reform and current developments in several areas of tax practice are discussed by the Faculty Members of the NYU School of Law.

Orlando's opinion on the reform of Puerto Rico tax system has been covered by the local press and he has organized or participated in several seminars and conferences on tax reform.